I just finished watching Tiffany Ferguson’s video “I’m Not Like Other Girls” and it brought such strong feelings that I have to interrupt my highly prolific Alaska series that I’m definitely still working on and write about my experiences with individualism and internalized misogyny.

We have all seen posts like this scattered across Facebook, Twitter, and if you’re extra not like other girls, good old Tumblr. The nerdy, quirky girl who doesn’t wear makeup or care about fashion but is still somehow flawless and beautiful without much effort. She drinks beer and jokes around with the guys and doesn’t really fit in with Sorority Sarah because other girls are so vapid and dramatic! She doesn’t need flowers or chocolate, just buy her pizza and touch her butt.

I was guilty of being not like other girls. I read books and carried them around in the crook of my arm so my middle school peers could see that I didn’t care about Forever 21 (not just because I didn’t fit their clothes), I wore my brothers’ band t-shirts and played video games. My interests and hobbies during my early teenage years bordered between genuine interest and a feeling that I had to enjoy things apart from what typical girls enjoyed. Because to take part in those rituals of makeup and shopping and accessories would bring the risk of subjecting myself to the typical ideas of femininity and womanhood. And who would want that? Nay, I was a quirky snowflake who rejected girly things because girly meant not what men like. And to not be what men like is bad.

Looking back now at my thoughts and feelings as a tomboyish teenager, I wonder if my snowflake syndrome was the direct result of internalized misogyny or of a fear that trying to be attractive and pretty would simply highlight the fact that I was not either of those things. It was probably both. If you read my earlier post on my relationship with my appearance and makeup, you’ll know that I spent a good third of my teenage years looking like an actual boy. I guess I took the ~i’M nOt LiKe OtHeR gIrLs~ thing too far and teetered off the edge of looking like a girl at all.

In case you haven’t read the post and don’t care to, this is what I looked like:

And if you had read my post and are sick of seeing this picture, too bad. It is here to haunt you forever just as it haunts me.

Whether my snowflake syndrome stemmed from either hatred or fear of my fellow women, it does boil down to the fact that it was influenced by a system we all know and love to mention in our feminist slam poetry:

The oldest and most generic definition of the word is:

a system of society or government in which the father or eldest male is head of the family and descent is traced through the male line.

What does this have to do with my life in 2019 and why do these dang feminists always want to smash it, you say? Well, the idea of male lineage has constructed a social dynamic in which men and the typical traits that we ascribe to men are the default. Men are typically strong, aggressive, stoic, bearded and burly and eat flapjacks aside their trusty blue ox, Babe.

Because of these internalized prejudices that we have towards typically masculine behaviors like stoicism, pragmatism, and wearing flannel shirts, we almost automatically denounce the attributes that are typically feminine. Putting effort into looking pretty means that you are frivolous and don’t care about the real issues at hand, like how to out-argue someone in a debate or how to chop down trees. Wearing false eyelashes and curling your hair means you hate democracy and don’t care about the Amazon burning to the ground.

And god forbid you like to take selfies. How can someone be so vapid and self-centered that they fill precious phone space with pictures of their own faces??!

It seems as though as soon as a personality trait or hobby or interest is connected to the female population, it is deemed stupid or unnecessary. Teenage girls get the worst of it. From the dawn of man it seems that anything that young girls or women take interest in is considered foolish. Nora Helmer in A Doll’s House was constantly ridiculed and belittled by her husband because of her spending habits and because she liked eating sweets. The entire conflict is based on her husband’s inability to fathom that his little songbird was capable of getting the family out of financial ruin. Because isn’t it automatically the devil’s work if a woman does anything worthwhile?

Young girls are constantly ridiculed and chastised for everything they do. From pumpkin spice lattes to pop music to makeup to genuine nihilistic dread about the fact that life is a meaningless void, whatever girls come up with is just stupid. 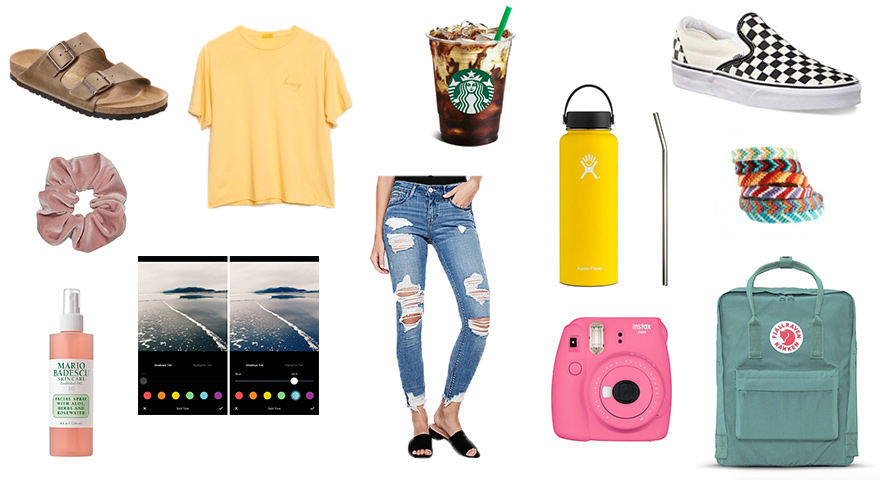 Now we have the VSCO girl. I get it, making fun of trends is funny and not at all a cheap joke. But if reusable water bottles and comfy clothes are becoming trendy then I’m all here for it.

VSCO girls are a new internet phenomenon that I’m particularly interested in because it entails an intriguingly meta self-study of teenage girls reacting and dissecting their own trends. It seems like a self-parody of the ~i’M nOt LiKe OtHeR gIrLs~ trope and a possible light at the end of the tunnel that is internalized misogynistic hate we’ve instilled into our societies.

I’m not going to tell you to stop saying it, because you should have stopped after graduating middle school, if you did say it at all. But I will tell you, because it is still an annoying trope that persists when people want cheap laughs without taking the time to think of actual jokes, to stop relying on teenage girls for your humor. It’s old, overused, and frankly a little weird how society seems to be so obsessed with young women’s interests. Drink your Starbucks (with a reusable straw, of course) and wear that scrunchie on your wrist, or wear a flannel and frolic through the woods. Girls are awesome and strong and spunky, and I’m proud to be like other girls!